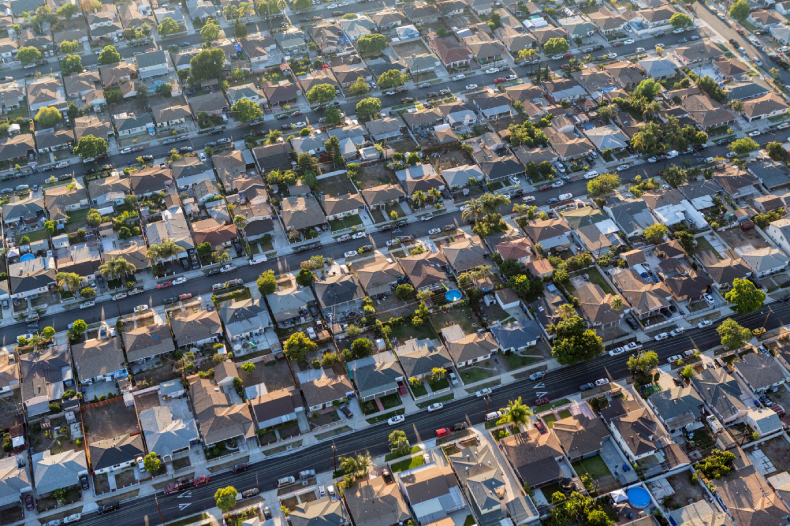 LA is widely known for being densely populated, vibrant, diverse, and culturally expansive. It is one of the most accustomed cities for networking, finding professional links, and kickstarting your career. Los Angeles also remains a magnet for tourist attractions – the Hollywood sign and Walk of Fame are examples that need no introduction.

People of Los Angeles can also brag about having one of the best climates. The city averages 280 sunny days a year, making its weather one of the most desirable for settling. The people are often resemblant of the weather – a joyous and energetic vibe is almost an unspoken rule. No wonder with all that considered, Los Angeles is often considered the best city to move to from NYC – another urban highlight of the States.

If you are finding yourself curious about the best place to live in LA, SEKA Moving has prepared a newbie’s guide. This can be a useful article both for movers in Los Angeles, as well as those who are only planning their relocation to the City of Angels.

How to Choose the Best Neighborhood in Los Angeles?

Before we take a glance at some of the best neighborhoods you can find in Los Angeles, it is important to have an idea of what you’re looking for. Which factors are you prioritizing? Is it a successful networking, career, or educational opportunity? Entertainment – shopping, nightlife, beauty, and food? How about the experience of cultural diversification and great sightseeing? If you’re a transfer student, you may find yourself opportunistic about new career chances. Relocating families, however, may prioritize stability over thrill and excitement.

What is the Best Los Angeles Neighborhood to Live In?

Every neighborhood will have something individual to offer, so choose wisely. For example, you may want to consider how affordable, safe or reliable the area is. If your relocation has professional reasons, research and look into the general public that settles in each neighborhood. SEKA Moving has put together a list of some of the best areas in Los Angeles you might want to glance at.

Originally a cultural and historical setting, Silver Lake has now turned into a trendy, modern area for the younger public who aren’t afraid to shoot for the stars in their professional life. The neighborhood is beaming with young, passionate artists, so if you’re aching to find yourself welcome amidst an energetic, motivated crowd with plenty of ideas, consider Silver Lake as your possible new ideal place-to-be.

The place is filled with hipster cafes, museums, and exhibitions, so there is always an assembly of things to do and see. Affordable prices make for another good reason to stay at Silver Lake, although the home you settle in is also more likely to be in need of repairs. Be aware that Silver Lake is also quite secluded from the coast area, so you might be making these extra trips.

Santa Monica includes some of the most beautiful beaches in the world, such as the eponymous Santa Monica beach and Venice beach. These have become a tourist attraction for travelers from all over the world, for their dazzling sunsets and nature alone. Many famous individuals also reside here. The streets are filled with elegant boutiques and authentic restaurants of every taste.

Santa Monica is also known for being environmentally green, so you won’t ever have to worry about pollution – only the fresh, tropical breeze all year long. The only thing is, you may have to pay for such a romantic, glamorous lifestyle, and we mean it quite literally. This is not the most affordable place, so keep that in mind during your research. The other downfall is the traffic. While it is a widespread problem all across LA, quite a large portion of it tends to fall on Santa Monica.

This neighborhood is perfectly suited for early-bird professionals looking for a career-stable location, or families looking to settle down in a serene neighborhood. Culver City’s safety and tranquility unquestionably make it one of the best and most reliable parts of LA to live in.

Culver City remains one of the best areas for walking and strolling on family or friend weekends. It exhibits an inclusive outdoor mall and parks with plenty of trees. Meanwhile, the lesser-known beaches, such as Marina del Rey, diversify the view with a bit of the typical California tropics. However, as this is a family-oriented place, you won’t likely find as much diverse culture, shops, nightlife or youthful entertainment.

Westwood includes one of America’s most famous schools – the University of California in Los Angeles, aka UCLA. The prices are extremely reasonable and accommodating to the student population. No wonder that so many younger people settle in this commercial and residential neighborhood, which is also known to be one of the safest in California and scores way above average in livability.

Westwood is less focused on just one side of the urban spectrum and instead, provides a little bit of everything: beautiful parks, boutiques, shops, fine dining, nightlife, and entertainment. Among the downfalls are low industrial diversity, declining population, and having to make further trips to an airport.

If you are indecisive about choosing big cities or small towns, and just can’t make up your mind about the benefits or hurdles of either, consider settling in Beverlywood. Not only is it extremely safe to settle in, but it also brings you the opportunity of making frequent trips to Beverly Hills, one of California’s most iconic locations. It used to actually be a part of Beverly Hills historically, yet has broken away independently down the timeline.

This neighborhood is known for its fantastic schools, great residential parks, and coffee shops. It’s still close enough to Beverly Hills to get a sense of its luxurious lifestyle, yet not having to pay the same price – although stay alert, as Beverlywood isn’t exactly the cheapest neighborhood across LA either.

In case relocating from New York already has you missing its restless, urban vibe, Downtown LA might hit closest to home. Although don’t be fooled by the similarities, as the West Coast tends to differ drastically from the East! Yet just like NYC, Downtown LA is an inclusive center – industrially, historically, and culturally.

With tall skyscrapers, as well as an assortment of museums, cinemas, and concert halls, you will always find yourself entertained. It also exhibits a lively diversity of traditions, such as Little Tokyo – a corner devoted to Japanese culture. Any downfalls, you may ask? Well, the crime rates are considered to be quite high. It’s recommended that you don’t walk at night (although frankly, this applies to any city), always ask for assistance or guidance instead, and watch out carefully for any of your prized possessions.

What Do You Need to Know Before Moving to LA?

Every city will include a few hurdles – to that rule, Los Angeles is no exception. There are two major issues that are considered LA’s greatest disadvantages: traffic and homelessness. And although we have covered some safe areas in this article, you may want to research which places are considered dangerous, if you’re inspecting the possibility of making Los Angeles a new home.

If you have never visited LA, your mind is most likely occupied with stereotypes you’ve picked up from images, media representation, or overheard gossip. Is it an axis towards which only the elite and celebrities gravitate for permanent residence? Is it more than an adventure and presentable beach vacation spot?

While it is true that many wealthy and famous people find their home here, it is also welcoming towards newbies who prefer a more relaxed lifestyle and rhythm, depending on the area. In certain areas, the atmosphere of LA is much more casual than you may picture. It is about torn-up jeans, flannels, and sneakers as much as it is about Hollywood glamor.

Los Angeles is also very health and fitness-oriented. Aside from the popular classes such as Pilates, yoga, or soul cycle, you are about to discover hiking doesn’t have to be a rare holiday getaway. In LA, there are plenty of weekly hikers who make hiking a hobby – and plenty of trails to venture.

Los Angeles is a place quite miscellaneous. No matter what you’re looking for, there is a high probability of finding a neighborhood that caters best towards your concerns, preferences, and needs. SEKA Moving hopes this article gave you an overview of what life is like in one of California’s brightest and best-known cities.