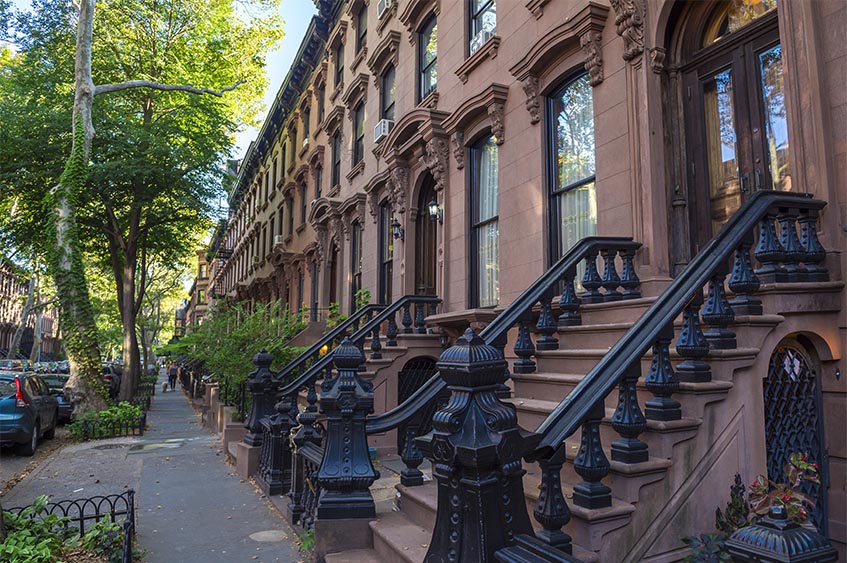 In a city marked as the priciest to live in the United States, it goes without saying that finding a nice place to put down roots in New York City is not an easy sport. In addition to costing a fortune, choosing the best neighborhoods to live in New York City is a complicated business because it is massive and there is a deluge of options to consider.

First, you need to know the boroughs and once you do, hone in on the neighborhoods. This isn’t made any easier by the fact that there is always a trade-off to be made.

Do you want space? Then be prepared to cough for every additional square inch.

Do you prefer to be surrounded by people? Then how ideal is it in terms of livability?

What about proximity to parks? And public transit options available. And commute distance.

Do you desire a trendier setting, sleepier or something more historic?

NYC has a lot to offer. We sought to break down the best neighborhoods to live in New York City-based on overall livability, and here are 5 that made the cut.

NYC’s East Village is a bustling neighborhood famous for everything from old-school record stores to the city’s newest restaurants. If nightlife is a big factor for you, you can’t wish for better than Manhattan’s East Village.

The bar scene is excellent and restaurants amazing. From cocktail lounges to dive bars, cool karaoke bars to classic NYC barcades, the East Village promises lots of fun with a diverse mix of people.

It has vintage clothing stores and some of the best parks in the city, including the Tompkins Square Park. What’s more, this neighborhood is very central and pretty affordable going by New York standards ($1,592 average rent for a studio apartment according to Niche.com).

Williamsburg is the first stop you make on the L subway train coming from Manhattan.

Despite its proximity to Manhattan, Williamsburg has largely retained Brooklyn’s charm. And then some. This cool neighborhood is the beating heart of NYC’s most populous borough and a dream for the hipster.

It is home to quirky restaurants, incredible bars, beautiful markets, coffee shops, clothing stores, and tattoo parlors. Art and music lovers will love it. Renting a studio will set you back $1,522 on average each month.

If you prefer to live within close proximity of the city but want to keep things low-key, Brooklyn Heights is a fantastic option.

This charming and affluent neighborhood in Brooklyn is within touching distance of Manhattan and boasts a great historic feel, complete with cobbled streets and pre-Civil War houses. Little wonder it’s been dubbed NYC’s first suburb.

It is a great area for families where a decent studio goes for around $2,212. But be prepared to shell out north of $2,900 for a one-bedroom apartment.

Also known as Midtown West, Hell’s Kitchen is a transformed neighborhood in Manhattan that used to be home to the working-class.

Now gentrified, Hell’s Kitchen has morphed into one of the best neighborhoods to live in New York City. Living here means you’ll enjoy shorter commute times and a vibrant nightlife, not to mention close access to multiple theaters on Broadway and the legendary Actors Studio.

Astoria used to be a predominantly Greek neighborhood in Queens, but it has become one of the most culturally diverse neighborhoods with huge contingents of Irish, Brazilian, Egyptian and Baltic residents.

It’s far removed from the action of Manhattan, but if you fancy a more affordable lifestyle in the Big Apple, Astoria delivers that without compromising on living standards.

Art and cultural enthusiasts will warm to it, as is anyone on the hunt for a neighborhood that’s big on food and nightlife. Without breaking the bank.

In addition to these five, other neighborhoods in NYC to consider when hunting for the best neighborhoods to live in New York City include Battery Park City, Gramercy Park and Washington Heights in Manhattan.

Carroll Gardens is another great option in Brooklyn, not to mention the more affordable Brooklyn neighborhoods of Greenpoint and Prospect Heights.