Moving with Kids: Tips and Tricks for Easy Moving

Home » Moving with Kids: Tips and Tricks for Easy Moving 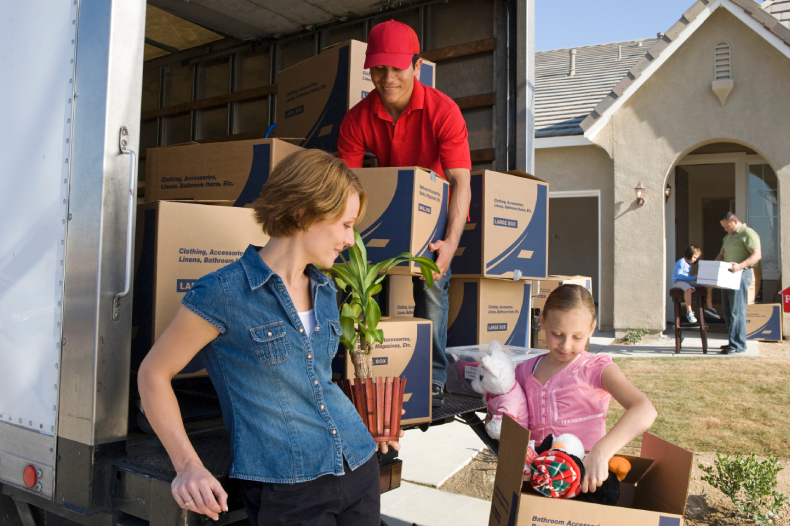 Despite the excitement that comes with relocating and the prospect of new beginnings, moving a house can be an outright headache. Throw children into the mix, and it can easily take its toll on you.

Moving with kids – whether you’re moving with a newborn, toddler, or teenager – brings with it an additional set of challenges you have to deal with. Fortunately, children tend to be resilient and can adapt fairly easily, although you don’t want to make the mistake of assuming anything.

It’s imperative that you take the time to prepare your children for the move because the thing with kids is that they are literally leaving their entire lives behind.

The friend factor is particularly a big deal, as are their regular routines and familiarity of their current environment – the neighborhood, their school, and of course, the house which they’ve probably called Home their entire lifetime.

How to Talk to Your Kids about Moving

When relocating, your thoughts will likely be preoccupied with pressing matters like how to close on your current house (or rental matters if that’s the route you’re taking), finding a new home, packing for the move, and getting your stuff to the new place in one piece.

However, if you’re moving with kids, it’s important that you take the time to talk to them about the upcoming transition as much as they may not have much say in the decision to relocate. The whole point is to sell them the idea as this will make life easier for everyone involved. If you’re moving with a baby, of course, this won’t be necessary. But it’s a different ballgame particularly when it comes to teens.

If you’re wondering how to tell a child they are moving, don’t wait until the last minute to break the news to them.

Rather, update them on the upcoming move ideally months in advance after the decision to move has been made. It’s important to allow them sufficient time to process this news as you can bet there will be some grumbling – unless there’s a lot they don’t like about the current neck of the woods.

Inform them of the timeline and if the new house is not too far off, take them with you so that they have a good feel of what to expect. Another way to make children upbeat about the move is to get them invested in the process by involving them in the nitty-gritty. Agree on tasks they can help out with, whether that be packing, cleaning, or anything else they want to volunteer for.

The same advice applies when you’re moving with toddlers. Talk to them about the move in advance in a way that they understand. Mention all the nice things they can look forward to in the new community, and if it’s within close proximity, drive them to the new neighborhood.

Moving with children can be tricky, but assure them that the family structure and their routine will not change. Let them know that you’ll be taking their favorite items with you – toys, blankets, pets, and so on. As much as you’re moving with toddlers, avoid “going through the motions” when discussing the move with them. Make sure they understand without overwhelming them with too much detail.

Lastly, save for the occasion when you’re moving with a baby, make sure your child doesn’t feel helpless in the situation. Even in the case of toddlers, consider assigning them some light chores so they don’t feel left out of the process. For instance, you could have them pack their toys as you supervise.

This way, relocation with children doesn’t have to be the nightmare it can potentially turn out to be.

Best Tips for Moving with Kids

When moving with kids, there are some tips you can borrow to ensure things go swimmingly.

Moving with children at whatever age may not be easy, but there are certainly things you can do to make the transition smoother for everyone.

These tips are a nice starting point, the idea being to eliminate the uncertainty that comes with moving house (which can be a big deal when it comes to child relocation), as well as giving them a sense of ownership of the process so they don’t feel sidetracked.