What is a Bill of Lading and Why is It Needed?

Home » Blog » What is a Bill of Lading and Why is It Needed? 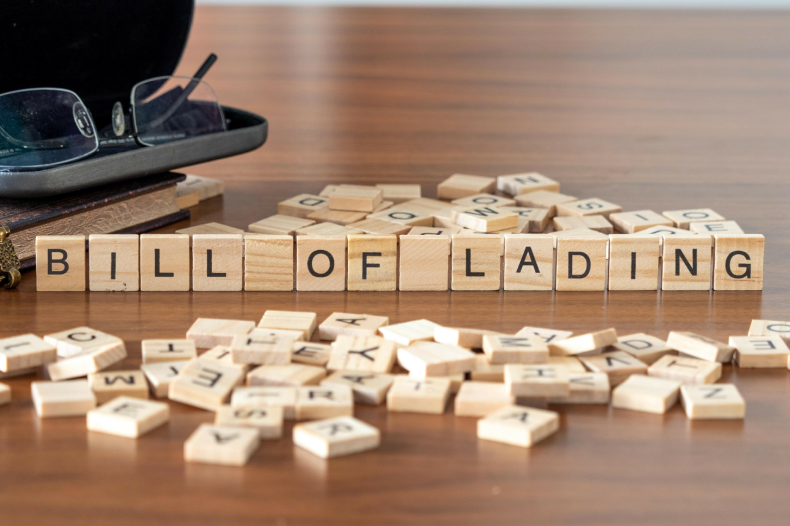 You are planning a big move, and have started packing up early on. By this point, you may have even decided on the best city to move to from NYC! Yet the one thing standing in your way is apprehension about the security of your household goods. It is likely you have expensive and prized possessions, valuable and sentimental gifts, and so on (And if you’re concerned about the safety of your business items, this may be a particularly valid article for office movers.)…

At SEKA Moving, it is our responsibility to assure the protection of your goods. If you’re interested in the services of a moving company, a bill of lading is useful to know all about.

What is a Bill of Lading?

Initially, you may be wondering: what IS the bill of lading? It isn’t a term that gets thrown around on an everyday basis. What does it mean?

The Bill of Lading, aka BL or BoL, is essential legal paperwork issued by the carrier (transportation company) to the shipper. It describes the type, quantity, and destination of the items.

When is the Bill of Lading Required?

The bill of lading is required for any freight shipment. It is the only indication of legal evidence of your contract with your carrier, and therefore an obligation to have for long-distance transportation of any valuable goods.

Types of Bills of Ladings

There are multiple types of bills of ladings, and each of them serves a different purpose. SEKA Moving’s recommendation is to study and estimate each definition, to see which one would be most suitable for your situation.

A clean bill of lading is the most common of all types. It ensures that no damage has been done to your items and that they all arrived at their destination in their initial condition. It is issued after a precise inspection of every item being transported.

Through Bill of Lading

A through bill of lading permits goods to be transported in both two ways: through domestic borders and international shipping. In other words, the company now has legal permission to transport your goods.

Received for Shipment Bill of Lading

This document is used to legally protect the items that were left with the carrier before the transportation engine arrives. It is issued by the carrier or agent to the shipper.

An order bill of lading is a document that is made to the order of a particular recipient. It can be transferred to third parties and is therefore negotiable to avoid privacy violations.

This bill of lading is issued and signed by a freight forwarder. It is used to indicate the terms and conditions of the carriage of goods.

If you’re looking for a bill of lading that provides all the necessary information about the items transported in a container, or multiple containers, turn to the container bill of lading.

This document demonstrates that the original bill of lading failed to provide delivery in the way that was previously established in the contract. It can sometimes be issued in the case of damaged or lost goods.

A bearer bill of lading is issued to ensure that delivery is made particularly to the person who owns these goods. It can either be made explicitly or as an order bill that doesn’t nominate the consignee.

Short-term/Blank Back Bill of Lading

Basically, a short-term bill of lading is a briefer version of the regular bill of lading. Like its alternative name suggests, it does not provide the terms and conditions of the shipment on the back, leaving it blank.

This bill of lading is typically issued by a freight forwarder or a non-vessel operating company to the shipper. This document serves as a receipt for the shipper’s items and possessions.

Issued by the exporters, a surrender bill of lading is meant to symbolize the end of their ownership over the goods being transported, now completely handing them over to the importer.

A master bill of lading is a document issued by the carrier, in order to acknowledge the carriage of their items. It serves as a contract between the carrier and the shipper.

In a straight bill of lading, a non-negotiable document, a seller agrees to use a particular option of transportation to ship goods to a destination.

Why is a Bill of Lading Important for Your Move?

We know – paperwork isn’t the most fun part of moving. Yet think of the bill of lading as a document that protects your legal rights, or as insurance for your goods.

First and foremost, it provides evidence of the goods being carried. It could also be compared to a legal receipt for all your transported goods, and also acts as the title of goods.

Your possessions are secure under the law, which states under legal rights that no loss or damage will be done to them. On some occasions, the bill of lading could even be useful in preventing theft.

What Should Be on the Bill of Lading?

The information required to be on the bill of lading by Federal Law includes the moving company’s contact details (the name, address and phone number of the movers or any subcontractors), as well as licensing information. Cross-country movers should include their USDOT number, while intrastate movers must present their state license.

The bill of lading must also state the moving services you requested, including any additional information which was discussed, along with their cost, acceptable payment methods and deadlines. Any charges and fees should be documented as well. In the case of a binding estimate, the bill will comprehend the total price. A non-binding estimate, however, will exclude a particular price until weighing your goods, yet will state the maximum amount of money you might owe to the mover.

Check for addresses of both the origin and destination, accurate presentation of your own contact information, the ID(s) of the vehicle which is used to relocate your belongings, and the dates of pickup and delivery. Lastly, the bill of lading must encompass accurate insurance information and dispute settlement information.

What Should You Look For in a Bill of Lading?

On your bill of lading, there are a couple of things you should pay attention to. First of all, check for the shipper’s identity – their name, identity, and addresses. The shipper must back freight. Next, make sure that the date of loading is the same as the date on the receipt.

You should also double-check that the bill of lading has presented a precise list and description of all your goods and that their quantity and description are both accurate. Lastly, check for the presence of the signature(s) before you place your own.

With the right bill of lading, you can expect a delivery of your goods that is 100% covered by the law, so that you no longer burden yourself with unnecessary distress.

Who is responsible for the bill of lading?

This depends on the type of bill of lading (see types listed and described above). However, the bill of lading can be created by one of the three entities. This can be either the shipper, the carrier, or the 3PL who works for the shipper.

Who issues the bill of lading?

Typically, a carrier issues the bill of lading and it is received by the shipper.

What is a bill of lading number?

The bill of lading number is a number issued to each document individually, which can be found next to the shipping line. This number is used to identify the document as original, as well as to track the shipping status of the goods.

How to create a bill of lading?

Once you are confident in which type of bill of lading you will issue, you can find a form for the according document online and fill it out. Make sure to find – and implement – a guide on how to fill out a bill of lading which may be necessary, especially for beginners.